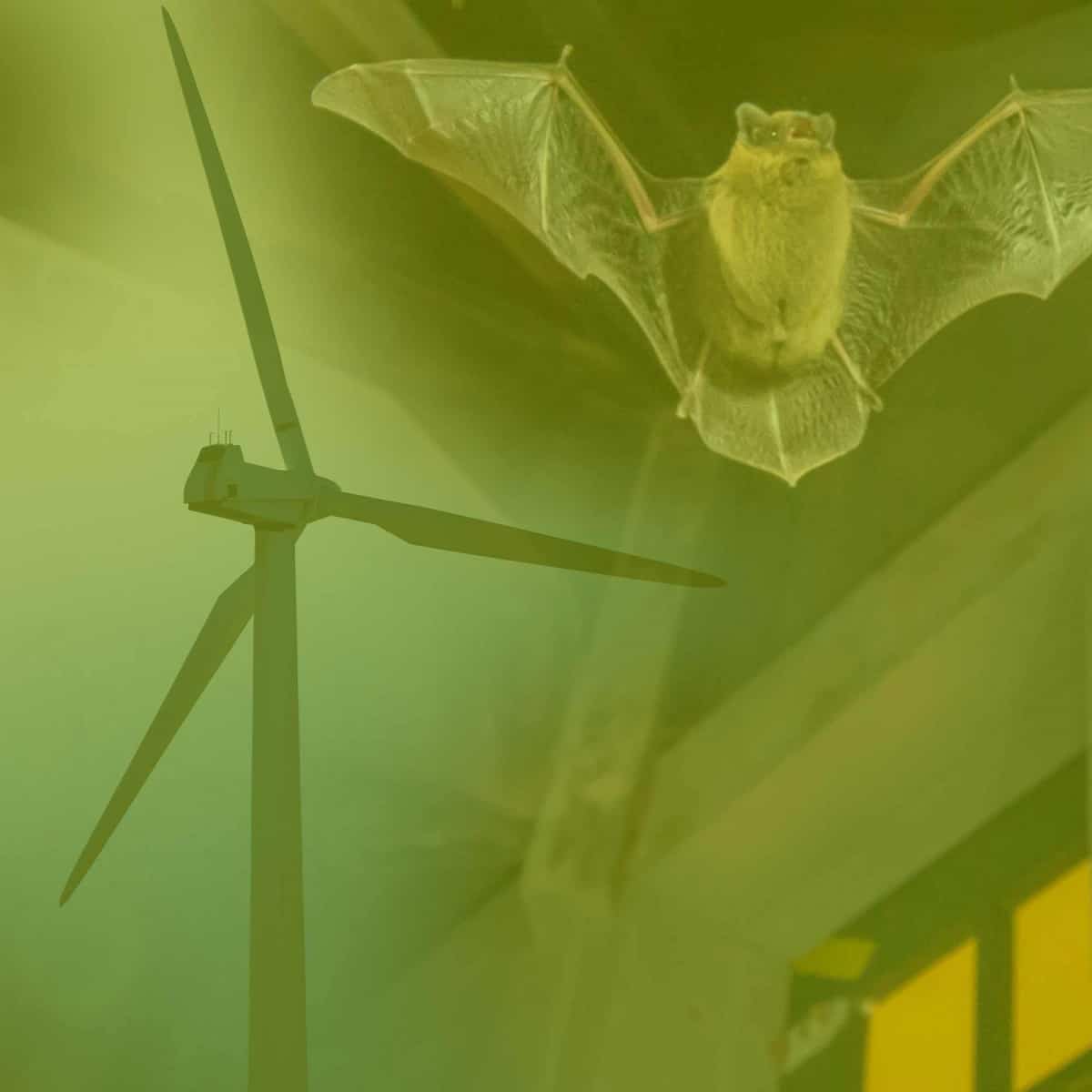 Assessment of avian and bat collisions with wind turbines is necessary to ensure the benefits of renewable wind power generation are not outweighed by the mortality of protected species.

At Eire Ecology we specialise in post-construction monitoring at windfarms and are keen to offer these services to you.

We have developed an expert team of searcher dogs and handlers. Our dogs have gone through intensive training with a well-known Irish dog trainer and canine behaviourist Mary Owens.

The ongoing welfare and training is managed by our senior dog trainer Keith who specialises in windfarm collision monitoring.

Eire Ecology have been carrying out Collision Monitoring since 2010
Human searches are ineffective
and no longer considered adequate by the National Parks and Wildlife Service.
Carcass searches were traditionally completed by human observers whose efficiency is influenced by a number of factors including; carcass type (size, color, state of decomposition), environmental conditions (vegetation type and density, topography, weather conditions) and observer competence (ability to detect).

Reviews of previous studies state human searches are often conducted with low efficiency rates which may contribute to severe bias in mortality estimates.

The use of dogs and their olfactory capabilities has been suggested as a way to increase carcass detection rates (Bernardino et al; 2012).

Get in touch with us today to discuss your project and see how we can help keep your eco-friendly construction project on track. Send us a message or book a video conference call below...
CONTACT US

SEND US A MESSAGE

Book a ZOOM Call
close
Start typing to see products you are looking for.